Fugitive emissions are volatile organic gases that leaked from pressurized valves. These emissions can either be accidental, through evaporation or because of faulty valves.

Fugitive emissions not only cause harm to humans and the environment but also pose a threat to profitability. With long exposure to volatile organic compounds, humans can develop serious physical ailments. These include workers in certain plants or people living nearby.

This article provides information about how fugitive emissions came about. This will also tackle the API tests as well as what must be done to reduce the effects of such leakage problems.

Valves Are the Top Causes of Fugitive Emissions

Industrial valves and its components are, most often, the major culprits of industrial fugitive emissions. Linear valves such as globe and gate valves are the most common valve types prone to theis condition.

These valves use either a rising or rotating stem for shutting and closing. These mechanisms produce more friction. Furthermore, joints connected with gaskets and packing systems are the common components where such emissions occur.

However, because linear valves are more cost-effective, they are used more frequently than other types of valves. This makes these valves controversial in relation to environmental protection.

Fugitive emissions from valve stems are about 60% of the total emissions given by a particular industrial plant. This was included in a study conducted by the University of British Columbia. The total number of valve stems attributes to the large percentage mentioned in the study. 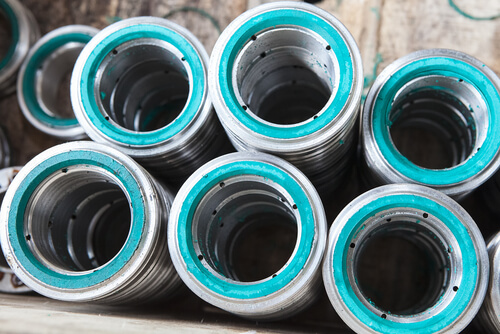 The difficulty in controlling fugitive emissions also lies in the packing. While most packings adhere and pass the API Standard 622 during testing, many fail during the actual scenario. Why? The packing is manufactured separately from the valve body.

There might be some slight differences in dimensions between the packing and the valve. This can lead to leakages. Some factors to consider aside from dimensions include fit and finish of the valve.

Alternatives to Petroleum Are Also Culprits

According to A Close Look at Fugitive Methane Emissions from Natural Gas, “emissions from natural gas production are substantial and occur at every stage of the natural gas life cycle, from pre-production through production, processing, transmission, and distribution.”

What Are the Specific API Standards for Industrial Fugitive Emissions?

The American Petroleum Institute (API) is one of the governing bodies that provide standards for the natural gas and oil industries. Formed in 1919, API standards is one of the leading guidelines for everything related to the petrochemical industries. With more than 700 standards, API has recently provided specific standards for fugitive emissions associated with valves and their packings.

While there are some emission testing available, the most accepted standards for testing are those that are under API. Here are the detailed descriptions for API 622, API 624 and API 641.

This is the API standard for valve packing in on-off valves with either rising or rotating stem.

This determines whether the packing can prevent the emission of gases. There are four areas of evaluation:

1. How much the rate of leakage

2. How resistant the valve to corrosion

3. What materials are used in the packing

4. What is the evaluation for oxidation

Mechanical cycles mean full opening to full closing of the valve. At this point, leakage of the test gas is being checked in intervals.

One of the recent revisions for API 622 Testing is the issue of API 602 and 603 valves. These valves have a narrow valve packing and had often failed in the API 622 tests. The allowable leakage is 500 parts per million volume(ppmv).

This is otherwise called API 624 Type Testing of Rising Stem Valve Equipped with Flexible Graphite Packing for Fugitive Emissions Standard. This standard what the requirements for fugitive emission testing for both rising stem and rotating stem valves. These stem valves should include packing that has already passed the API Standard 622.

The stem valves being tested should fall within the accepted range of 100 ppmv. Accordingly, API 624 has 310 mechanical cycles and three 5000F ambient cycles. Take note, valves over NPS 24 or more than class 1500 are not included in API 624 testing scope.

The test is a failure if the stem seal leakage exceeds 100 ppmv. The stem valve is not allowed to adjust to the leakage during the testing.

This is otherwise called API 624 Quarter Turn Valve FE Test. This is the newer standard developed by API that covers valves belonging to the quarter turn valve family. One of the agreed criteria for this standard is the 100 ppmv maximum range for allowable leakage. Another constant is the API 641 is the 610 quarter turn rotations.

Valves are tested at the maximum parameter: 600 psig. Because of the variance in temperature, there are two sets of ratings used for valve temperature:

There might be some confusion between API 622 and API 624. In this part, take note of the few differences between the two.

● The number of mechanical cycles involved

How to Reduce Industrial Fugitive Emissions

Fugitive emissions can be thwarted so to reduce the impact of valve emissions to the environment. 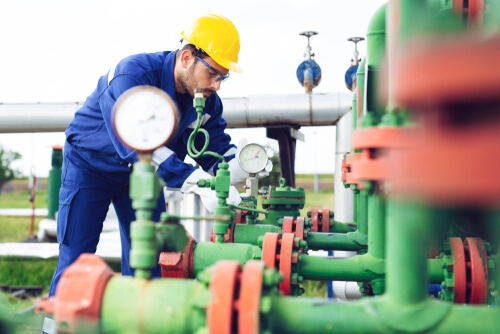 Valves are constantly changing. Make sure that valves follow the latest standards and regulations. By having regular maintenance and check-ups, it is easier to detect which should be replaced. 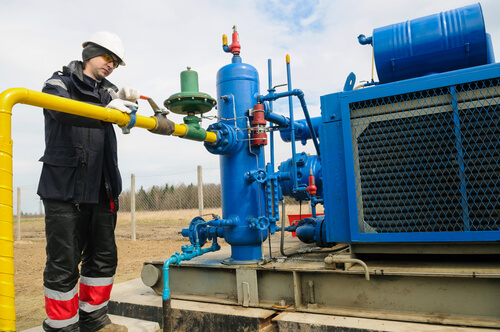 Improper installation of valves can cause leakages too. Hire highly-skilled technicians that can correctly install valves. Proper valve installation can also detect the system of possible leaks. Through constant monitoring, valves that can potentially leak or may have opened accidentally can easily be detected.

There should be regular leak tests that measure the amount of vapor released by valves. Industries that use valves have developed advanced tests to detect valve emissions:

This uses a flame ionization detector to check leaks

This uses an infrared camera to detect leaks in the plant

This can detect fugitive emissions remotely.

Preventative maintenance monitoring can identify issues with valves at the early stages. This can reduce the costs of fixing a faulty valve.

Why Is There a Need to Reduce Fugitive Emissions?

Fugitive emissions are major contributors to global warming. True, there is an active movement that hopes to reduce emissions. But after its recognition almost a century since the recognition, air pollution levels are still high .

As the need for energy across the world increases, the need to seek alternatives to coal and fossil fuel has also been increasing.

Methane and ethane are in the limelight as the most viable alternatives to fossil fuel and coal. True that there is much potential as resources of energy for these two. However, methane, in particular, has 30 times higher warming potential than CO2.

This is the cause of alarm for both environmentalists and industries using this resource. On the other hand, prevention of valve emission is possible through the use of high-quality and API-approved industrial valves.

There is no doubt that valves are important components of any industrial application. However, valves are not manufactured as one solid part; rather, it is made up of components. The dimensions of these components may not 100%  fit to each other, leading to leaks. These leaks can cause harm to the environment. Preventing such leaks is a vital responsibility of any valve user. Or you can also get the great manufacturers in this complete valve manufacturers guide in China.