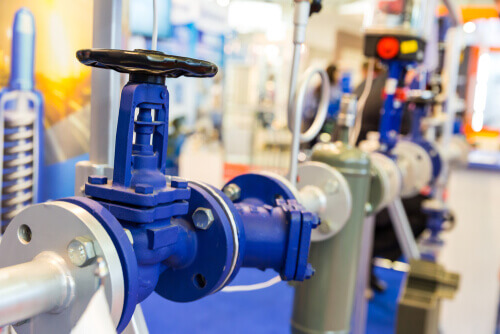 Gate valves and globe valves are two of the most common valves used in industrial applications. Both contribute greatly to any industrial services. They may look alike but these valves function differently.  In this article, you will know what makes the gate and globe individually unique as well as the major differences between the two valves.

Gate valves are linear valves belonging to the shutoff valve family. Characterized by its wedge-like disc, the gate valve is commonly used for isolating media because of can tightly seal off media. This kind of valve can be used in applications where tight sealing is required. A special kind of gate valve, knife gate valve, is used in thicker and more viscous media.

Gate valves provide little pressure drops since no obstruction comes in the way of media flow. The gate operates by the gate disc moving upwards to open the valve. It closes by moving the disc downwards to meet with the seats. The disc of the gate valve can be formed like a wedge, knife or parallel. 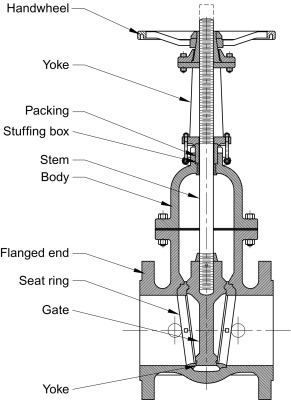 While it does have some throttling capacity, the gate valve is not used to regulate the flow of media. Its disc is thin so the vibration from the media causes this thin disc to misalign from its seat. This condition causes damage and shortens its service life. To lengthen the valve life, the gate valve should fully open or fully close when in use.

The globe valve is also a member of the linear motion valve family. Its functions include stopping and starting of media as well as regulate the flow of media. Because of its design, the globe valve provides a tight seal with fewer chances of leakage.

The globe valve is aptly named as such because of its traditional body design similar to that of the globe. But as one gate valve China manufacturer would tell you, however, modern globe valves may adapt to other body shapes. A plug-like disc allows or prohibits the flow of media.

The seats of the gate valve are parallel to the flow of the media so there is less seat erosion when the valve is on. This also makes the globe valve a great throttling valve. The downside is, there is a high-pressure drop because of its design. 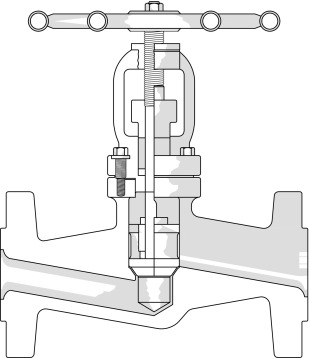 If you look at the image above, you’d notice that the valve forces the media to change its flow direction exactly inside the valve. Additionally, the media flow inside the valve depends on the space between the seat and the disc. The farther these are, the more fluid comes in.

Globe valves highly suitable for applications where safety and leaks are the main concerns. These valves are often in top-entry design, meaning, access to the internal components of the valve is from the top.

There is always a comparison between the gate valve and the globe valve. Members of the linear valve family, you’d find these two in tandem in pipe systems. How would you use these two? Look at the differences between the two below:

One of the main differences between the gate valve and the globe valve is how these look. The gate valve construction is much simpler. Much of its internal components are located on the top part of the valve body. When it is turned on, its body becomes hollow. That’s why there is a little pressure drop. The gate valve may have a rising or a non-rising stem.

On the contrary, many globe valve parts are inside the cavity itself. Since its primary purpose is to throttle and provide positive shut-off, the design allows obstructions that aid the globe valve in this purpose. The design also permits changes in flow direction and rate that contributes to a high-pressure drop. The globe has a rising stem.

The gate valve is not designed for flow control; it is for isolation of media. The gate valve cannot handle the strength of the media flowing in a partially opened position. On the other hand, the globe valve is more of a control valve.

In the gate valve working mechanism, the disc lodges between the seats. Its movement is at the right angle in relation to the media flow. It provides either full flow or no flow at all. If you open the valve, the flow space is as big as the valve cavity with little extra where the stem and the seats are located as you’d notice in the first image. 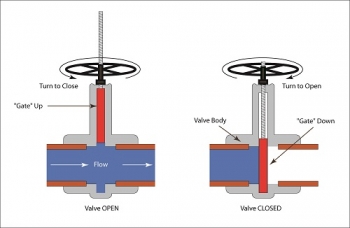 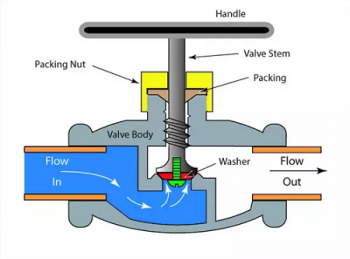 The globe valve disc, on the other hand, moves parallel to the media flow. A full flow means the disc only has to move a little from the seat. Its design allows throttling and tight shutoff as observed in the second image above.

A fascinating facet of valves is that they may look the same but they can function quite differently. This remains true in the case of gate and globe valves. If you are seeking an industrial valve supplier, you can choose manufacturers in the USA, or XHVAL in China. Or you can also get the great manufacturers in this complete valve manufacturers guide in China.

1 thought on “Difference Between Gate Valve and Globe Valve”