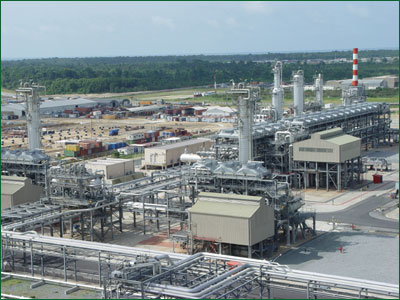 It is reported that recently, Jonathan, Nigerian President appealed to increasing gas supply, because insufficient gas has already raised the costs of manufacturers and threatened the policy that the government controls prices. In Nigeria, gas is main fuel used to generate electricity by most of enterprises.

On last Friday, Dangote Cement plc the largest enterprise in Nigeria and also the largest cement manufacturer in Africa stated that the corporation had to use heavy oil for power generation due to insufficient gas supply, resulting to the profits of the corporation decreasing by 11% in the fist half of this year. The corporation called on government taking measures to solve the problems of gas and fuel oil supply.

The principal of Dangote Cement plc said, “Without power and fuels, the enterprise cannot survive. If the problems cannot be solved, it will aggravate jobless picture and security in Nigeria and affect the profits of corporation. We have already lost about 10% of production capacity. In the second half of this year, cement supply will be reduced.”

In the first half of 2014, accumulative cost of sales of Lafarge WAPCO, Dangote Cement, CCNN and Ashaka Cement, the four main cement manufacturers in Nigeria increased from 1.1173 hundred billion NGN in 2013 to 1.2017 hundred billion NGN this year by 8%.

Nigerian gas reserves locate at the first position in Africa, reaching 1.87 trillion cubic feet. However, lacking of processing equipments, large amount of gas accompanying with the exploitation of oil is spouted or burnt in vain. According to the data of the Ministry of Oil Resources, at least 3 billion dollars gas is wasted in every year.

The prospect that building up more gas facilities-pipe and factories hinders government controlling the prices of gas and withdraws the investors. Having hesitated for many years, the government finally treats gas supply seriously.

The government expects to increase gas supply from 750 million cubic feet to 1.12 billion cubic feet per day by the end of 2014, so that can increase power supply from current 2,600 MW to 5,000 MW. Meanwhile, the enterprises are also faced with the greater and greater gas between supply and demand.

Oando, the Nigerian gas developer and manufacturer says that a large number of enterprises hope to acquire gas from them. While the gas which transmitted to Lagos by NGC through the pipe of Oando can only generate 75 MW of power.

Escravos-Lagos (EL) pipe has the capacity that transmitting standard daily 1.1 cubic feet of gas. But all of gas is exhausted by manufacturer along Lagos and Ogun State.

NGC are planning to build up a new pipe parallel with EL pipe so that can raise gas transmission capacity. The pipe is called as EL-2 and 75% of the project has been finished. It is estimated that the pipe can go into operation, not earlier than the end of 2015 at least.