How Does a Butterfly Valve Work 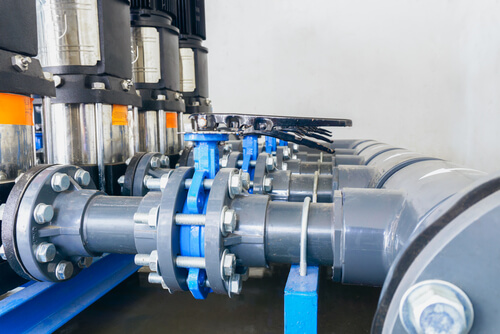 Butterfly valves are one of the most useful valves you can install in your service. It covers all three major functions so you get the best of all three kinds of valves. It can start, stop and control the flow of media. This article guides you to understand the butterfly valve more by knowing how it works, understanding the different kinds of butterfly valves as well as its applications.

What is a Butterfly Valve and Its Function? 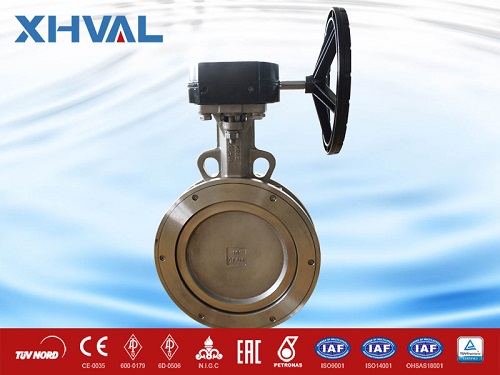 Known for as a quick to open kind of valve, butterfly valves can control media flow aside from having isolation capabilities. The valve disc is made of high-grade metal with a seat made either of soft elastomeric material or another metal.

This valve has a simple design, which is advantageous because it can fit in tight spaces, lightweight and cost-effective. This is also well-suited for applications that handle high volume but low-pressure liquids and gases. It is also suitable for handling media with small particles.

How Does a Butterfly Valve Work? 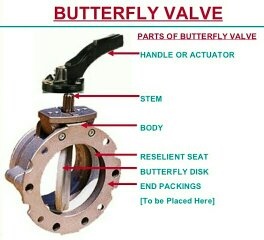 The body covers and protects the internal parts of the butterfly valve. The seat covers the inner edge of the walls of the valve. It can be made of metal or elastomeric materials. The seat is the primary sealing agent together with the disc. The disc lodges to the seat when the valve is in the closed position.

The disc is the thin, waferlike contraption in the middle of the valve. Together with the seat, it seals off the flow of media when the butterfly valve is used for isolation. For the control of flow, the disc moves to partially open or close, allowing a certain amount to pass through. The stem is what connects the disc to the lever or actuator. The force from the actuator is passed to the stem to allow the valve to open.

The butterfly valve is one of the few industrial valves that are both efficient in isolating and regulating the flow of media. Like most quarter-turn valves, the butterfly valve is also quick to open. The disc is attached to the stem, either through the former or the stem is at the back of the disc. The stem is attached to the handle that is either placed on top of the body or at its side.

Valve operation can be done manually, electronically or pneumatically. If electronically opened,  a signal from a remote source tells the gearbox located on top of the valve body to turn the stem so the disc also moves. If pneumatically-driven, a piston is attached to the side of the body. This will provide the air pressure needed to open the valve. This type of actuation operates the quickest according to many butterfly valve China manufacturers.

To open the valve, a handle is turned a quarter-turn. Inside the valve body, the disc changes position from being perpendicular to the flow of the media to being parallel to it. The disc moves away from the seat and towards the centerline of the valve. If the valve is opened in a full quarter turn, the valve allows the passage of the medium in full force. There is a slight pressure drop when the valve opens.

To close the valve, make another quarter turn in the opposite direction. In this sense, the parallel position of the disc moves to the perpendicular position and as it does, it positions itself to the seats for an even sealing. This is the fully closed position.

Throttling happens when the closed valve disc slightly changes position to a certain degree to allow media to pass through but not fully.  The amount of media that can pass through is determined by the angle created by the disc in relation to the valve centerline.

Ideally, butterfly valve should be installed in the open position. If the valve was installed in its closed position, there is a good chance that the soft seat will wedge against the disc, making the opening of the valve difficult.

The vast applications and pressure ranges have created different kinds of butterfly valves. All in all, butterfly valves can be categorized based on the disc configuration, and the type of end connections.

Butterfly Valves Based on the Configuration of the Disc 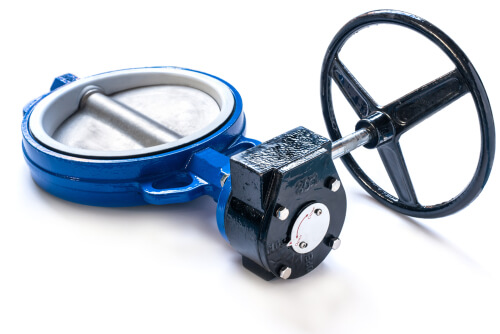 The stem of the eccentric type does not pass through the centerline of the valve. Rather, it is placed behind the face of the disc which is opposite of the flow direction.

The single offset only has the stem attached at the back of the disc. This enables lesser disc-to-seal contact before full closure. This is to ensure a better and longer life service of the disc.

A double offset type has the stem located at the back of the disc. There is an offset present on the other side of the disc. This further limits the contact of the disc and the seat to about 1-3 degrees. The double offset butterfly valve is suitable for high-pressure applications that need a bubble-tight sealing.

The triple offset butterfly valve has an additional offset located at the axis of the disc and seat, apart from the ones already mentioned in the double offset design. This creates a valve with a slightly tilting disc and seat. TOVs are often used for highly critical applications. It often has a metal-to-metal seat design. Knowing the difference between double offset and triple offset valve also help to choose a better valve for your projects.

Butterfly Valves According to Its End Connections

How the butterfly valve is connected to the pipes is also one of the ways to classify this valve.

This type has lugs outside of the body. Bolts connect the valve to the pipe system. Commonly with low-pressure ratings, this is usually attached to dead-end services.