Industrial valves come in different designs and working mechanisms. Some are purely for isolation while others are only effective for throttling.

In a pipeline system, there are valves that are used to control pressure, flow level and the likes. Such control valves are used to monitor and control flow variables so that the latter sticks to as close as possible to the desired specifications. However, the control valve is one of the most taken for granted valves in the pipeline since this valve has specifications that some engineers find too daunting.

What is the Control Valve?

By definition, a control valve is any valve that can regulate the flow of media, its pressure ratings in relation to an external control device. Usually, control valves are associated with the regulation of media flow but these can also change other system variables.

Several industrial valves function as control valves as seen in the table below. Butterfly and globe valves can be used for throttling. While ball valves and plug valves have throttling capacities, these are not often suitable for such service because of the design of these two valve types. They are prone to friction damage.

Control valves encompass different conventional classifications. It can have linear motion such as that of the globe, pinch and diaphragm valves. It can also have the rotatory motion as that of the ball, butterfly and plug valves.

Control valves that belong to the linear motion family can throttle small flow rates. Suited to high pressure applications, the flow path for this kind of valve is convoluted. To provide better sealing, the bonnet is separate. The connectors are often flanged or threaded.
Control Valve Features

Diaphragm valves, on the other hand, use a saddle-like seat to seal the valve. This type is commonly found in pipelines that deal with corrosive media.

Rotatory motion control valve has a more streamlined flow path compared to the linear motion family. It can also recover well from pressure drops. It has more media capacity with less wear to the packing. Butterfly valves offer a tight shut off and low-pressure drop.

As mentioned earlier, control valves are often used to regulate the flow of media. One of the reasons why this must be done is there is a change in the pressure load. Oftentimes, there is a sensor that alarms the system of changes in the system variables. After that, the controller sends the signal to the control valve, which acts as the muscle, thus, regulating the flow as seen in the image below:

Flanges are joints that connect valves, pumps and the like to the pipe system. Sealing is done through bolts or welds with a gasket in between. The reliability of the flanges is dependent on the joint-making process relative to the system variables. 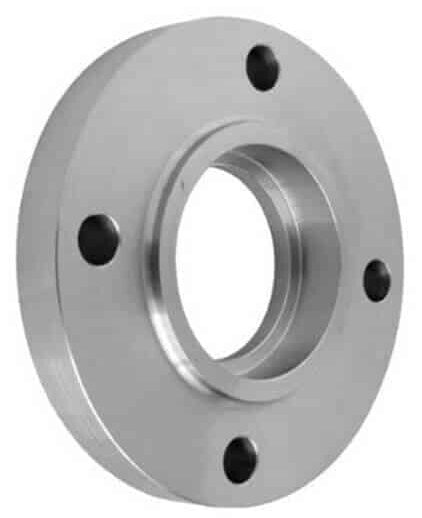 Apart from welding flanges are the most common joining methods in the pipe system. The advantage of flanges is that it allows the valve dismantling, even without having to remove the main valve components.

Oftentimes, flanges have the same material as the body of the valve or pipe. The most common material for flanges is forged carbon steel. Some other materials used are listed below”

What is a Flanged Gate Control Valve?

A flanged gate valve is a type of gate valve with flanged ends. This is a type of valve that has more than one function. This can act as an isolation valve as well as a throttling valve.

Being a gate valve, it is economical because of its design. Furthermore, the flanged gate control valve can open or close tightly and would not lose high pressure drops so the flow rate would only have minimal changes.

Attaching an actuator and a remote pressure drop detector, the gate valve becomes a control valve. With its disc, it can throttle to a certain degree.

For the valve to be attached to the pipeline, the flanges need to be bolted and welded to secure it. The flanged gate valve follows the ASME B16.5 standards. Often, this design uses the wedge type disc as a closure element.

This kind of valve is used in low pressure and temperature applications. Having gate valve qualities, the advantages of the flanged gate valve is that it does not have high-pressure drops.

With so many valve categories, it is highly likely that there are numerous ways to create valves for specific applications. One such example is the flanged gate control valve. This valve acts both as a control valve and a shut-off valve. If you are interested in having customized industrial valves, contact us here. Or you can also get the great manufacturers in this complete valve manufacturers guide in China.