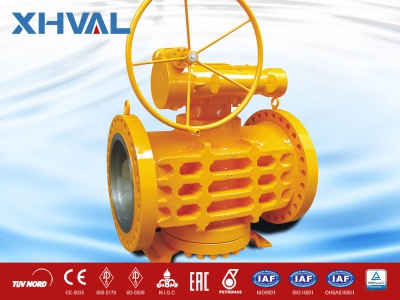 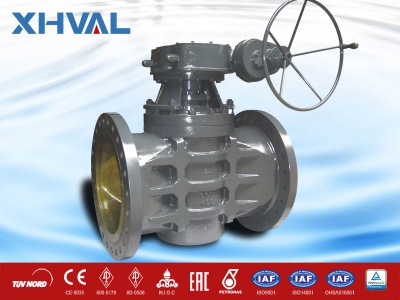 All You Need to Know About Plug Valves

As its name connotes, plug valves have a disc that looks like a plug. Plug valves are better as isolation valves although it is possible to act as a throttle valve.

What Are Plug Valves Used For?

Plug valves can be found in corrosive and neutral liquid and steam applications. Plug valves are common in gas and liquid fuel control applications. Because of its design, plug valves work well in low-pressure steam. It is also efficient in applications where low pressure and temperature apply.

Plug valves are also in applications where there is a need for multi-directional flow. While generally used for vapor and liquid operations, it can also handle slurries.

Plug valves have all the general parts of the valve such as the stem, body, the disc, and the bonnet. What distinguishes the plug valve from the rest of the valves is its plug disc design.

Another distinguishing facet of plug valves is the absence of the bonnet or packing. Usually, the plug connects to the short stem. These two are then connected to the handle or actuator. Often times, the upper end of the disc and the handle are exposed.

The valve body houses all the internal components of the valve. The body also directly connects to the pipes through a particular end connection.

The stem connects the disc to the handle or actuator. This transfers the movement of the actuator to the plug disc. The plug disc, then, opens or closes. In the case of the plug valve, there is a little stem that connects to the disc.

The plug disc is a tapered disc that acts as the plug. This is where the plug valve and globe valve differs. Of all valves, the plug type, ball and the globe type has some similarities.

The major difference, though, is how the disc looks like. For the globe valve, it is cylindrical. For plug valves, it is a solid metal piece with tapered ends. These ends fit the grease grooves at the bottom of the valve.

When the plug port opens in a quarter-turn motion, it allows the flow of media to pass through. Another quarter turn in the opposite direction closes the disc. This blocks the flow of media into the valve. The mechanism is similar to the ball valve.

Plug ports are the openings in the solid plug disc. If the port is open, the media flows through it. If it closes, it blocks the passage of the media. Plug ports come in three kinds.

This is a diamond-shaped port. Of the three types of port, the diamond port is best suitable for throttling. This is due to the Venturi effect.

The Venturi Effect is similar to the bottleneck phenomenon. As the fluid passes through a constricted section (in this case, the diamond port), there is a reduction of fluid pressure.

The rectangular port is the most common type of plug valve ports. It can cover at least 70% of the cross-sectional part of the plug disc.

Often, the port diameter is even wider than the pipe diameter. This is the reduced round port or the reduced bore design. The reduced port is the better option when flow restriction is not an issue.

What Are the Types of Plug Valves

Plug valves can either come in lubricated or non-lubricated design. Take note that the choices become varied when the different kinds of ports are added to the mix.

Valves are metal. these tend to get friction easily. One of the sources of leaks among plug valves is the connection between the packing, the stem, and the disc. The gap between these components tends to be smaller to reduce leakage.

But, the smaller the gap, the greater the friction. As friction increases over time, the plug disc can be stuck inside the valve body.

The lubricated plug valve addresses this issue. There is a reduction in friction when there is lubrication. This means increasing the service life of plug valves.

The lubricated plug valve has grooves in the middle of the disc. An injection pump near the gland packing supplies the lubrication.

As the disc moves, the pump supplies the lubrication. This passes through the grooves. The lubricant chamber below the plug catches it. On the other hand, a check valve is added below this pump. This prevents the reverse flow of the lubrication.

Lubricated valves are size-flexible. These are highly useful in high-pressure services. Because of the lubrication, these valves last longer and more resistant to corrosion.

On the other hand, there is also a high chance of lubrication contamination. However, valve manufacturers can remedy this by supplying a more compatible lubricant. Also, the lubricant should withstand the required pressure level.

However, because the elastomeric sleeve is non-metallic, this type of valve is not recommended for high-pressure applications. One such example of elastomeric material is Teflon.

Fully-lined plug valves have the plug disc and the body covered with an elastomeric material, often Teflon. Other valve manufacturing materials include perfluoroalkoxy copolymer resin (PFA) or tetrafluoroethylene (TFE).

Lining the valve fully makes it more resistant to corrosion. The valve itself is iron-made. This type of valve is very suitable for vacuum services

Eccentric plug valves have the plug disc cut in half. It is effective in its seal-shut capacity. There is less friction from opening and closing the valve.

Expanding plug valves are ideal for applications that are sensitive to contamination. There additional components to this valve that makes it expand mechanically. This has a special mechanism that acts as a block and bleed manifold.

What this does it to isolate the media from upstream. This makes sure that the media does not reach the downstream components as well. This valve also has two seating surfaces that block both ends of the valve in a closed position.

Multiport plug valves have more than 2 ports. This makes this type more cost-effective as the ports can divert the flow of media in other directions. The other ports in that valve shut off. This eliminates the need to add some more valves in the pipe system. For example, a 4-port plug valve can serve as 4-gate valves. Multi-port valves provide more convenience because of its multi-entry capacity.

The downside of the multi-port valves are the valves can’t completely shut off due to friction. That being said, it takes more maintenance when using multi-port plug valves.

What Are the Advantages of Using Plug Valves?

Another advantage of a plug valve is its low-pressure drop. Little pressure is lost when the media moves through the valve. This is due to a design where there is no obstruction to the flow of media.

Some other advantages include the leak-tight capability of this valve. The plug valve is one of the few valves that can have several ports. This reduces the number of valves in the piping system.

Being a multi-port valve, flow media can move in several directions, depending on the requirements of the pipe system. This adds to the plus points of plug valves.

Even if plug valves are one of the oldest designs, it is still useful and functional, like any other valve. There are numerous applications that can carry many industrial processes.