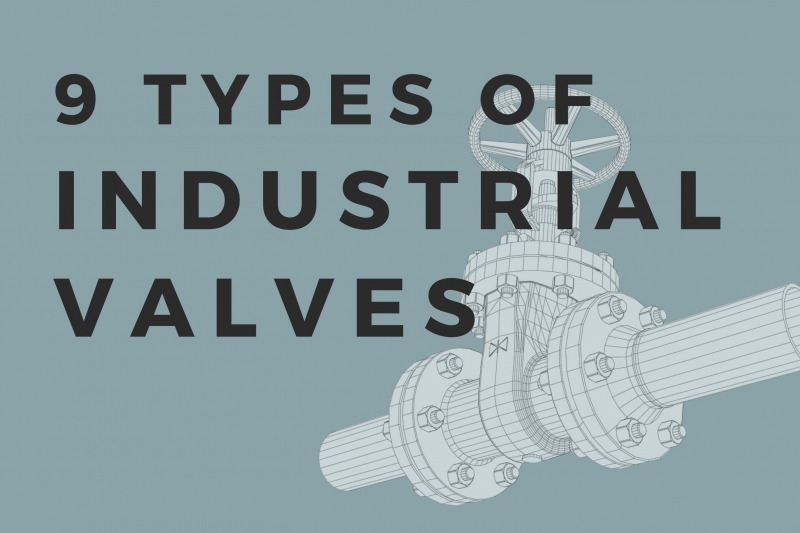 Industrial valves have been around for more than a century. As applications become more specific and complicated, valves have evolved into nine major types to suit different requirements. These 9 types cover all industrial applications and services.

Valve categorization depends on several considerations. For this article, valves are categorized according to the functions. Some take only one while most have two, depending on the valve design.

If you’re looking for industrial valve manufacturer in China, you can get more information by check this guide for Chinese valve manufacturers, not only valve, but also different strainers types can be found in the article. 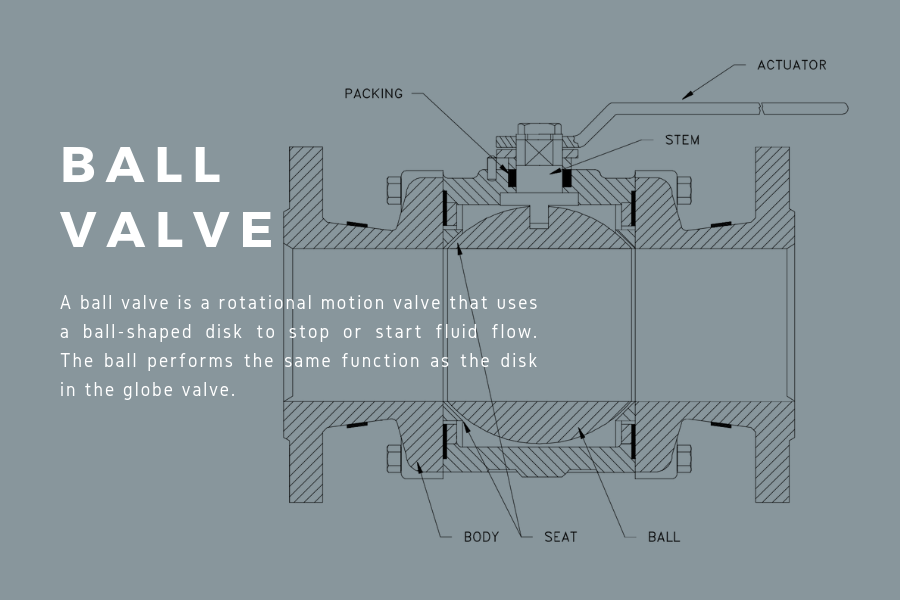 Ball valve is part of the quarter turn valve family. The distinct feature of a ball valve is its hollow ball-shaped disc that acts to stop or start media flow. The ball disc is one of the quickest valves because it only needs a quarter turn to open or close. 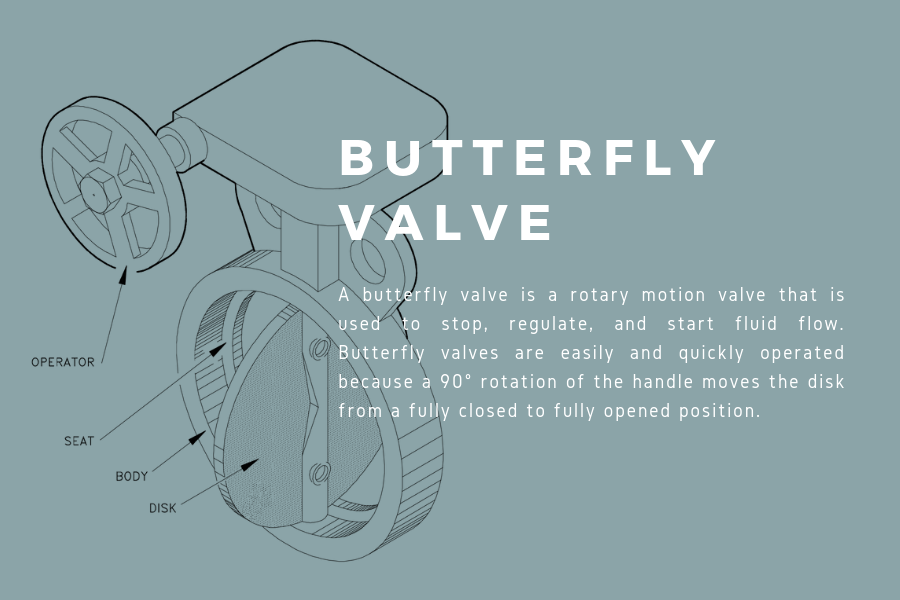 Butterfly valve is also part of the quarter turn valve family. What makes butterfly valve distinct from the other valves is the flat to a concave disc that attaches to the valve stem.

Positioned in the middle of the valve with the stem bored into it or attached at one side, the disc blocks media flow when the valve is closed. The stem adds support to the disc. This design allows butterfly valve to throttle when there is incremental opening of the valve.

Butterfly valves are often used in water and gas applications where there is a need to isolate or interrupt the flow of media. Butterfly valves are great for processes that use large diameter pipes. They are also suitable for slurries, cryogenics, and vacuum services. 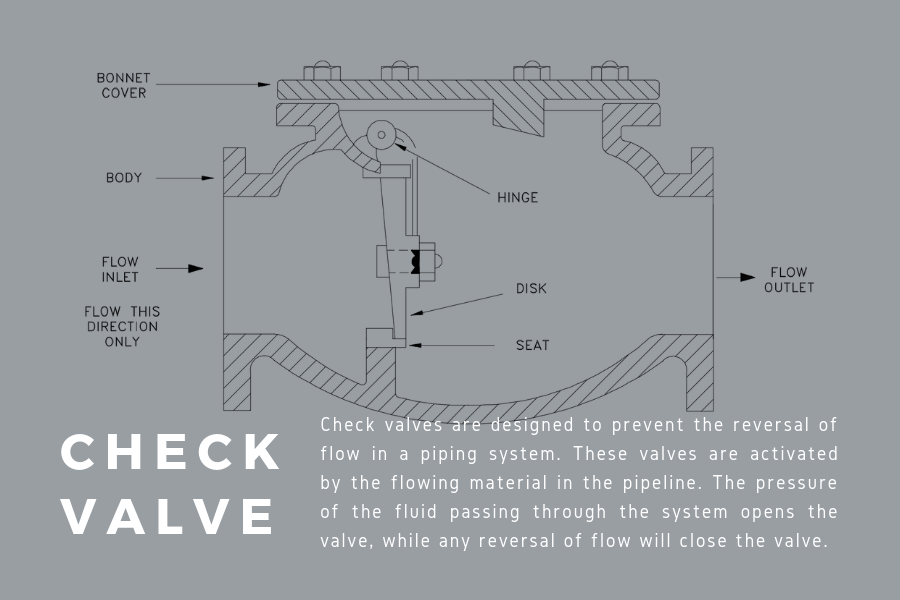 Check valve relies on internal pressure, instead of outside action, for opening and closing. Also known as non-return valve, prevention of backflow is the main function of a check valve. 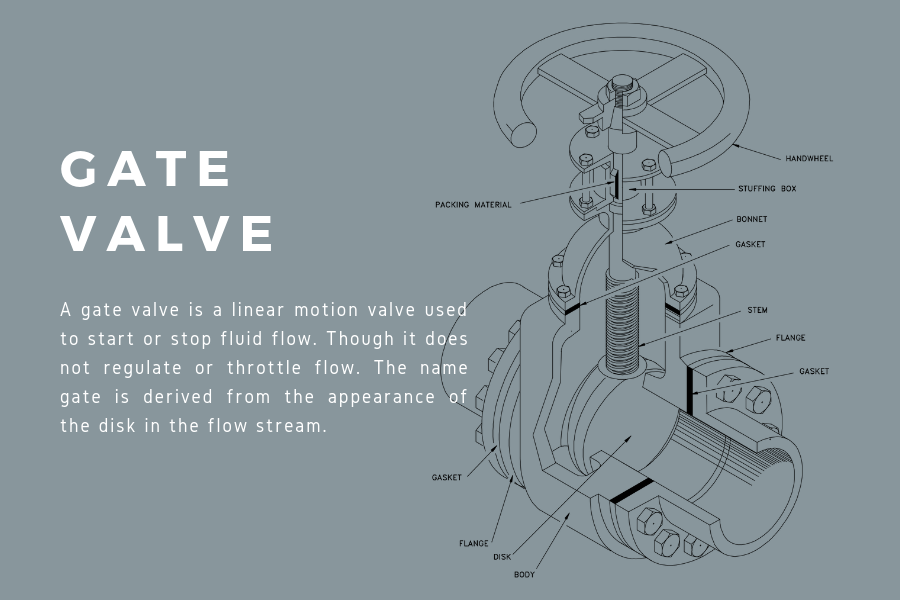 Gate valve is another member of shut off/on valve family. What makes this unique is its disc movement is linear. The disc is either gate or wedge-shaped, which has an effective shut-off and on mechanism. Gate valve is primarily suited for isolation.

While it is possible to use it as a throttling valve, this is not advisable as the disc may get damaged by media vibration. The surge of the media can damage the disc when gate valves are used half-closed in a throttling application.

Gate valves are great shut off/on valves for any application. They are suitable for wastewater applications and neutral liquids. Gases that range between -200C and 700C with a maximum 16 bar pressure can use gate valves. Knife gate valves are used for slurries and powder media. 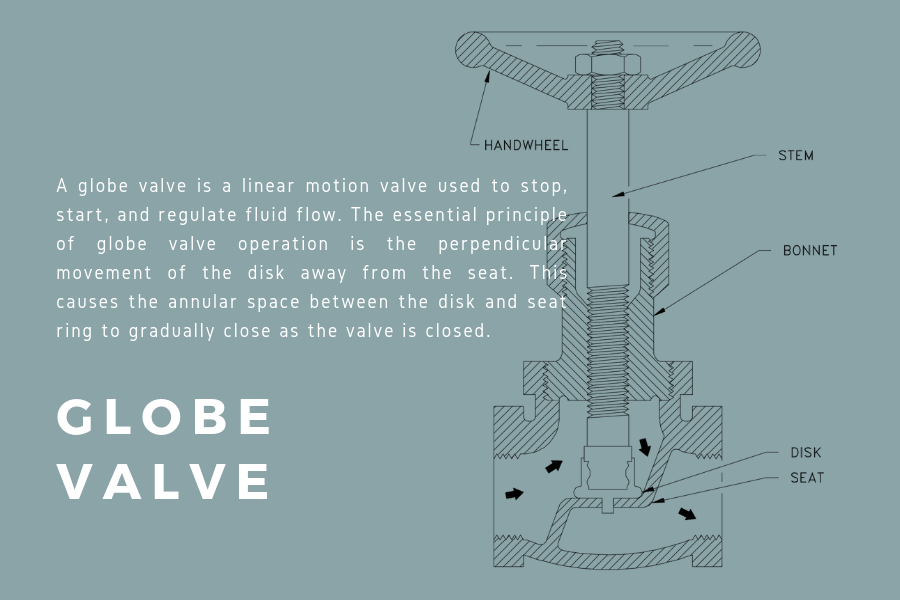 Globe valve looks like a globe with a plug-type disc. It is part of the linear motion valve family. Aside from being a great turn off/on valve, globe valve also has great throttling capabilities.

Similar to gate valve, globe valve disc moves up unobstructedly to allow the flow of media. This is a great valve alternative for applications that do not require high-pressure drops. 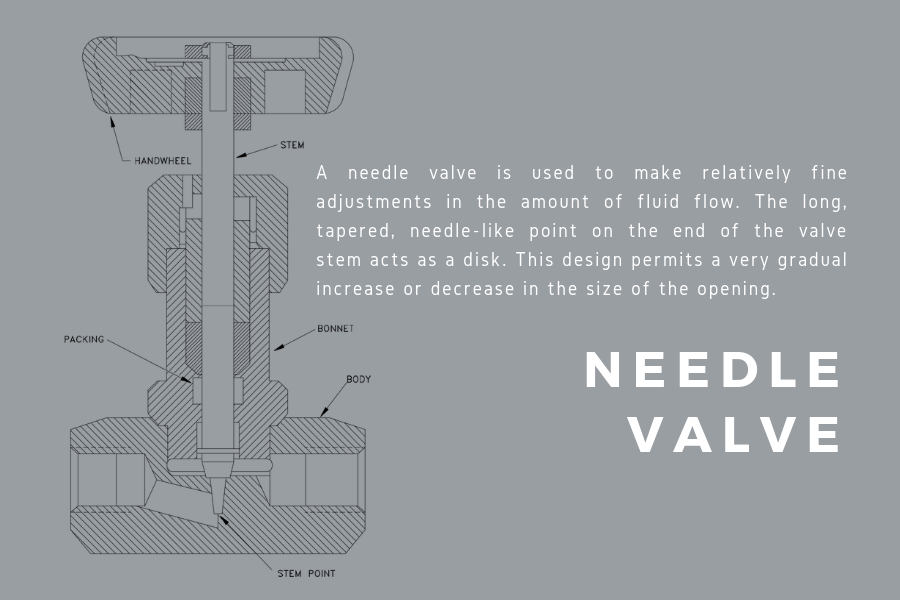 Also called the clamp valve, pinch valve is another valve for stop/start and throttling. Pinch valve belongs to the linear motion valve family. The linear motion allows unobstructed flow of media. The pinching mechanism of the pinch tube inside the valve acts to control the fluid flow.

Other applications that employ pinch valves include wastewater treatment, chemical processing, cement handling, among others. 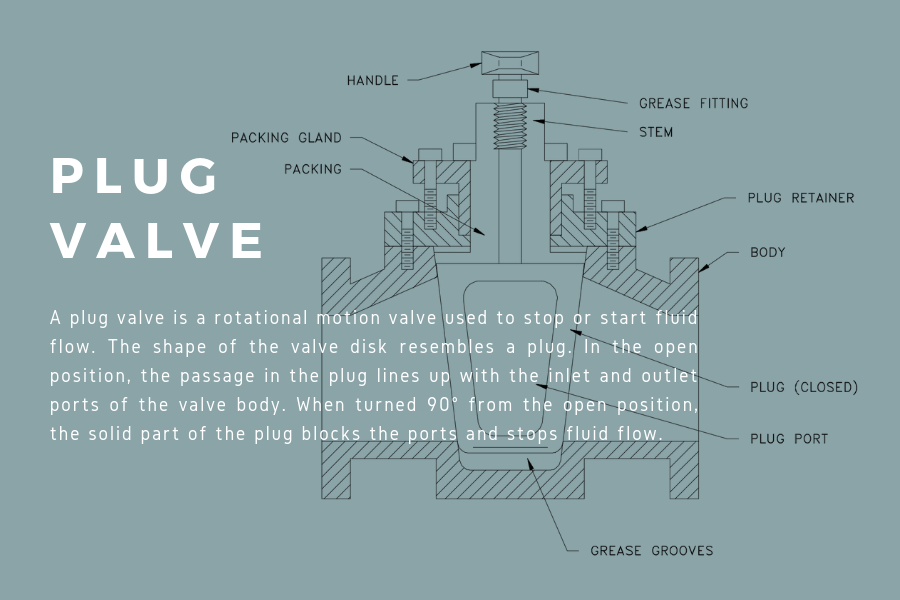 Plug valve belongs to the quarter turn valve family. The disc acts as a bubble tight shut-off and on plug or cylinder. Aptly named as the plug valve due to its tapered end. Its closing and opening mechanism is similar to that of a ball valve.

These valves are great for sewage systems. Since there is no contact between the media and the internal valve parts, plug valves are also great for highly abrasive and corrosive media. 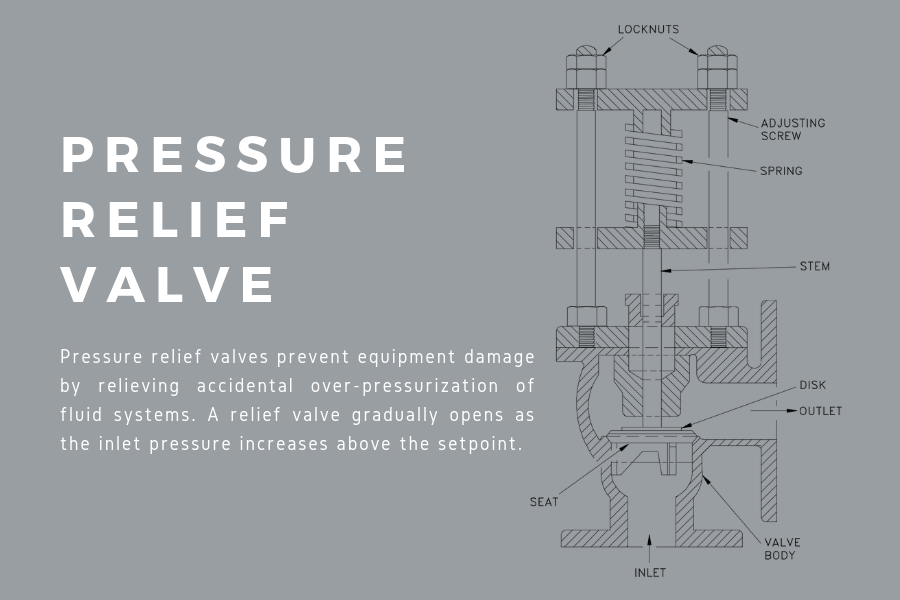 Pressure relief valve refers to a valve that releases or limits pressure from the pipelines to maintain the pressure balance and to avoid build-up. It is sometimes mistakenly called the pressure safety valve.

Its main purpose is to protect the equipment in an overpressured event, or to increase pressure when there is a drop. There is a predetermined pressure level where the valve would release extra pressure if the latter exceeds the preset level.

Above are the 9 types of valves used in today’s industrial world. Some act as tight protection against leakage while others are great throttlers. By understanding each valve, learning how to apply them to the industry becomes much easier.

P&ID Valve Symbols: How to read them on most common control valves?